Kia ora everyone it's Bounce (8) here,

I'm reviewing a book we got sent recently that I really enjoyed reading. The book is called King Flashypants and the Creature From Crong by Andy Riley. 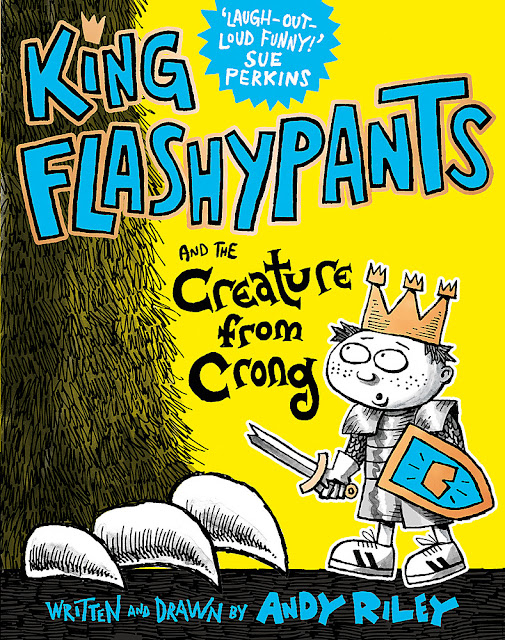 In the book King Edwin is ruling over the land and then Minister Jill says everyone should eat vegetables but all the people like lollies instead. Megan the Jester and King Edwin are forced to eat their vegetables but they don't want to do it. Then Baxter the Hermit came and told them there was a voolith coming.

So, King Edwin said he will defeat the voolith. To do this he has to do single combat with the voolith but he has another enemy too, Emperor Nurbison of Nurbisonia. EN wants to get the voolith to destroy Edwinland.

The pictures in the book are really good. My favourite one is when the rabbit is watching him shout at the golf ball.

This book would be able to read by 7 year olds and maybe 6 year olds if they are good readers.

Overall I thought this was a really great and funny book.