Electronic Delegation and a Giveaway

A while ago I was asked if I would review an alphabet/phonics app.

Whilst I used to be a teacher in a former life I've actually been pretty lazy relaxed when it comes to doing the prep work for school.

In 2 and half months my Bounce starts school, (I'm already pretty sad about it!) so I felt like this was a good idea for us. The app is called Eggy Phonics. 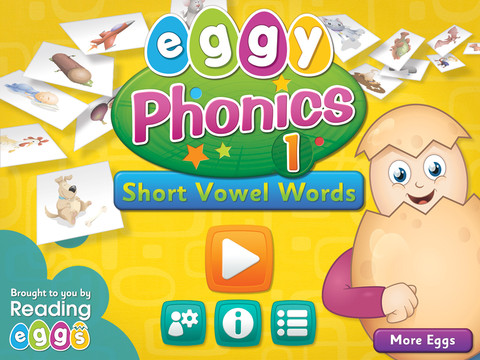 The premise of the app (at the beginning levels) is to recognise the picture and word together, then just the word when paired with 2 other familiar words (bat, cat, hat), to put the letters in the correct order, to pop the letter bubbles and then to write the word using your finger (over the top of the shape). There is lots of speaking so that a non-reader can still enjoy and play it. Points/badges/game time are earned for each completed activity.

Bounce (4), Flip(7) and I have all enjoyed playing with it. Here are some of the reasons I like it:
1. Choose your accent - although it doesn't have a kiwi accent choice it does have Aus, British and American.  This is super helpful when the point of the app is to teach children letter sounds.

2. Repetition - although as the adult you can get a bit like 'alright already we did that' repetition is a key to consolidating knowledge. By having to recognise or spell or order the letters more than once in each turn these things go in and stay in. Also, think how many times you have read that favourite story book (until you no longer like it any more, right?) turns out kids like repetition and anticipating.

3. Sounds - the letters are sounded out rather than named. By this I mean c.a.t is sounded out 'c -at - t' rather than naming the letters c(see),a(aye),t(tea). Does that make sense? Letters have a sound and a name. When learning to read although knowing the name of a letter is good it doesn't help you to attack the word and sound it out. Having the knowledge of what that letter sounds like is more important. If I know the letter m (said 'em') sounds like 'mm' is is easier for me to attempt 'mat'.

4. Writing - as part of the activity you have to use your finger to write the word. The letter must be shaped correctly -starting and finishing in the correct place. This is wonderful for school when the teacher will need to teach (or re-teach) your child to start and finish their letters in the correct places. 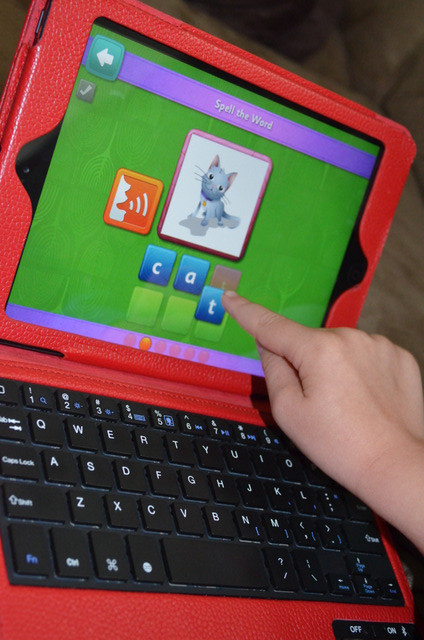 I have already recommended this app to a couple of new entrant teachers and I think it has a lot to offer if you want to do a bit more than just use your ipad for general play (or other app-tastic-thing-a-me-whatsit).

I have 2 codes to giveaway for the app too so if you'd like to try it let me know and I'll put you name in the hat. Closes this time next week. Winners notified by email :o)

Also winner of the awesome birthday candles of love is - Ange!