In Which I Talk about Christmas

As you know this year I have wanted to stretch and grow myself as a mama and although I am a great believer that really we don't need a lot of fancy stuff I also really want to know about decent ideas/books/games.... that people (real people not plastic people with fake smiles and children who they just met that day on set!) have actually tried. 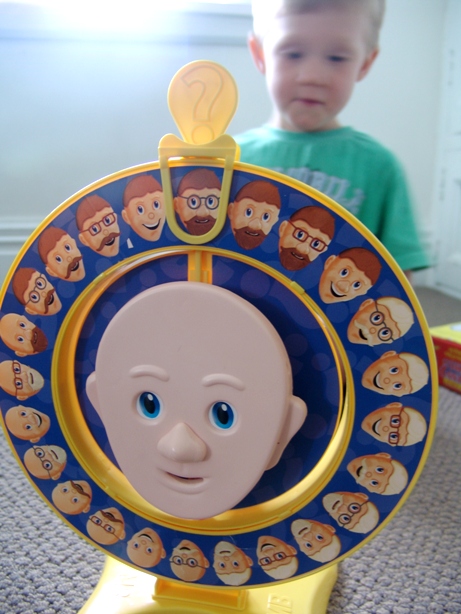 I am one of those mama's that doesn't really buy my kids a lot of stuff - frequently we get them quite small gifts for birthdays and Christmases....however, I do tend to part with money more easily when it comes to books and games. As I see it both of these are the gifts that go on giving - they can be shared and re-shared year after year.

I also know that in the pre-school years I have been a little lost sometimes and really keen to know about worthwhile stuff especially books around the right level and games they can actually play and understand. 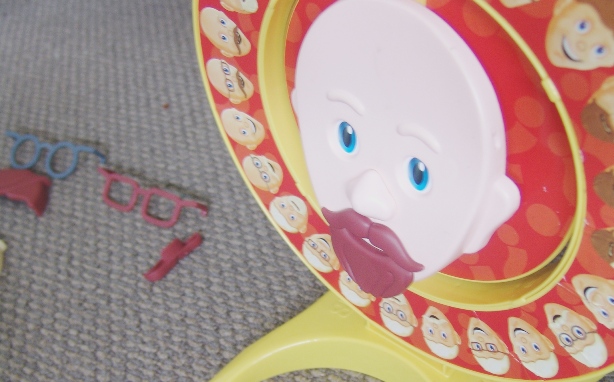 So, coming up to Christmas I thought I might do some preschooler recommendations for games and books and anything else that comes to mind in case you might find it worthwhile too.  (I find it isn't long before I have grandparents and aunts and uncles asking for recommendations and I love having something in mind).

Please note this is my idea it is not a series of sponsored posts (not to say I'd mind being sent wonderful quality products to try - are you listening toy and book companies???) it's just one mama who is passionate about helping other mama's and families find fun things to share together that aren't iPhone apps, DVDs, TV programmes or computer games. (Not that these are bad there are just probably lots of great places to find those recommendations - and I am not that place). 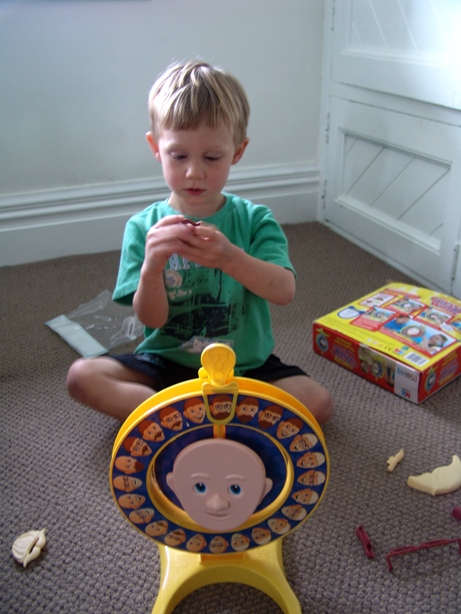 First up for the 'my recommendations' would be My First Guess Who. The original Guess Who is a fantastic game for developing language however for littlies it's too confusing -which card do they put down, what questions to ask....

My First Guess Who is easier than the traditional game this one uses plastic faces which you add to as you ask each question. If your child doesn't have the vocab yet they can hold up the piece they want to ask about. As the game progresses you each build a face and then at the end the whole 'board' flips around so you can check they are the same. 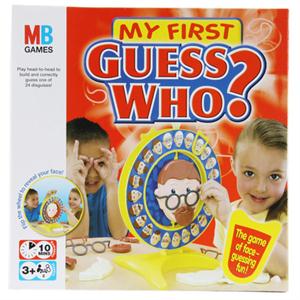 Bounce and I have laughed and laughed playing this game together. Flip was given it for a birthday a couple of years ago and it has certainly been worth it for us. Each game doesn't take very long either so you can play a quick one or have a few rounds.

Definitely one I think would suit children from 3 up and possibly younger depending on their vocab and concentration etc. 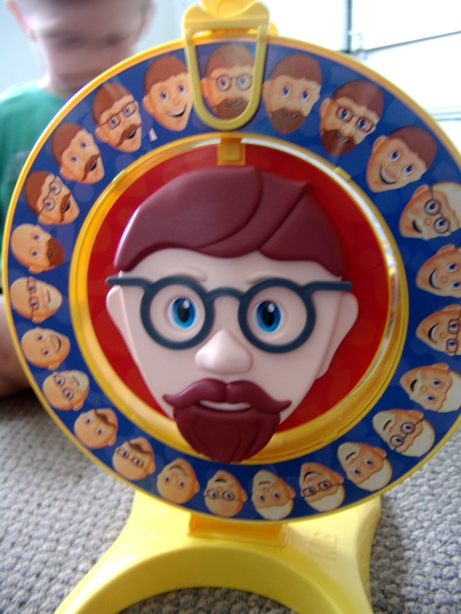 I made a clear plastic pouch that closes with velcro for ours because it has small parts! Games with small parts do my head in!! But this does seem to keep it all in order.

Are you keen for more recommendations from our cupboards?
What game gets the most use in your house?
Do you find it hard to find great games for your pre-schoolers?

Great idea! I looking forward to seeing your suggestions.

We have just started playing UNO as a family, it's finally a game that we can all play together with everyone having a good time, we have a 3.5 and a 6.5 year old. I think it's great if relatives can put money towards experiences rather than toys, like a family pass to the zoo or movie money - things that we wouldn't normally do.

That looks like an awesome game..didnt even know it exsisted. :)

cool I am always interested in friends recommendations and we have got some great games.

I love the idea of experiences for presents too - I hadn't realised UNO could be played so young - that is a great suggestion.

It looks great Miriam! We love playing games too and like you it is sometime we think encourages sharing and caring and looking after things. We absolutely love Pengaloo and Sneaky Bunnies. They are requested regularly by the girls! We look forward to being able to play some of "our" games with them as they get older too x

I didn't either until we got it - it's great

I haven't heard of either of those - I'll have to look them up.

Great idea Miriam. We've just started playing Uno with Elliot (4) too, we just take out the skips and draw 4s. We also like Trouble - kind of like Ludo, but a little simpler and not so time consuming. We have some older games too, not sure if they still make them? All Fall Down and Soundtracks. Soundtracks is like bingo but with sounds instead of numbers. You play the CD on random and the kids listen and cover up the picture on their card when they hear the sound. I am interested to hear some more of what you (and others!) recommend!

wow I didnt even no this game existed!! Awesome, thanks so much guess who is on the list for my 5 yr old so will have to investigate this one. Might even have to pull out the old UNO, never even thought about it. My wee man loves bingo....and I have only just really thought that I am introducing him to gambling...eeekkkk. I made the boards myself and covered them in clear duracell. We had a numbers, letters and pictures game. Must make it again for miss 3. We also got bop it last year for Christmas although I think its more a school age game though miss 3 loves to think she can do it :)

We had an orchard games sound bingo one it was farm sounds and it was great but we got it with a tape and eventually the tape gave up sadly I don't think I can just get the CD for the game even though I think they now make the game with a CD. Thanks for your recommendations too!