Any Excuse for a Party!

As part of my goals and aims for the year I am trying to become more intentionally present in my boys lives.
When I was asked if I would like to review a LEGO game of course I was more than happy but I was so thrilled when 'Creationary' arrived. 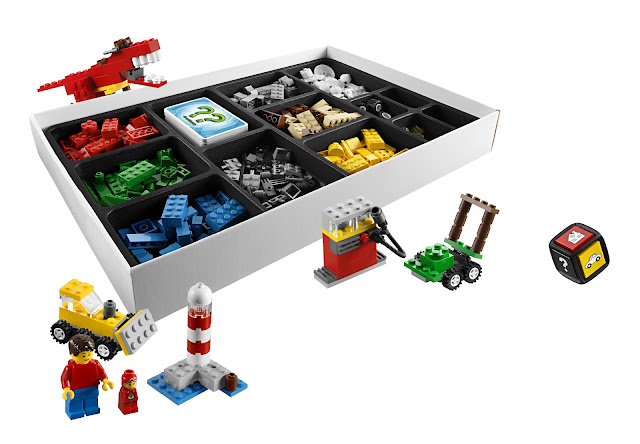 Creationary is the kind of LEGO game I like - it's like pictionary but with LEGO and it is so fun. A roll of the dice determines your category and then a turn of the card reveals the nature/building/thing/vehicle you need to make. It's aimed at ages 7+ and I can see why - wee Bounce just didn't have the concentration to keep on playing or watch others - not that it stopped him being involved. 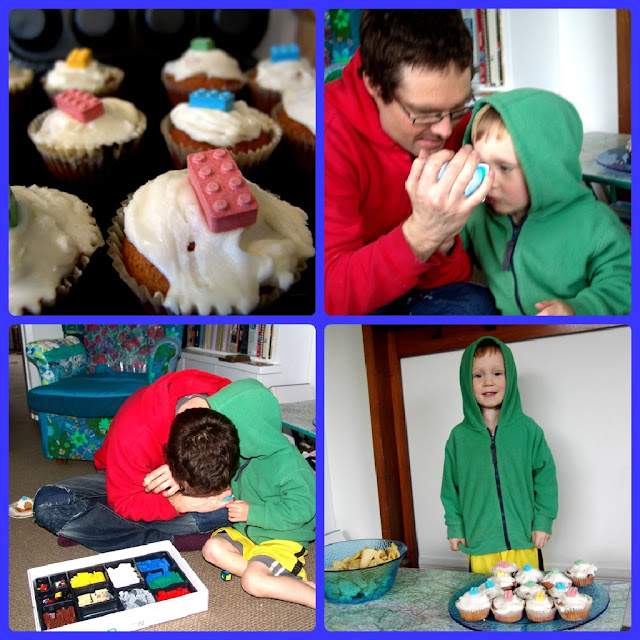 The Atlas suggested we have a Creationary party to make an occasion of our first game. The boys have been bursting to play since it arrived so this was very much in keeping with the excitement levels.
.... and as part of my parenting strategy for the year it worked so well - why not have a party to celebrate a new game?

We had some awesome LEGO lollies The Atlas got at some conference or other (wish I knew where you could buy them) so we made cupcakes and bought chippies. Ma n Pop joined us too and the adults actually really enjoyed the game.

We have some really creative friends and I can actually see us playing this at dinner parties with the right crew.

As for my boys - had I not received this game it is certainly one I would have asked the Grandparents to get us as a family for Christmas. Good games (I want to say board games but clearly this isn't) are a pricey investment but pay-per-play and quality time factor I think they are worth every cent. There are 3 levels of difficulty (I found level 1 about right for me but the Flip went straight for the top-level) and it is quite mind bending when trying to figure out how to represent some objects. I was so impressed with the way Flip managed to represent the things he had some of which were really challenging. I love having something that will draw out his creativity and challenge his thinking.

It is tempting to wish the picture representations were in LEGO themselves but then it would take all the creative out of it. I am so pleased they didn't do that - a game that encourages true creativity is definitely at the top of my awesomeness list.

We are definite LEGO fans and I've received rather a lot of street cred from some adults I know for being a blogger who gets LEGO to review - kind of makes up for the weird silence when you tell some people you blog (it's at that point I want to hitch my pants high and make geeky laughing sounds).

Here's all the important stuff you need to know:


Product name: LEGO®  Creationary
Product description: Roll the LEGO® Dice to select one of four exciting building categories: vehicles, buildings, nature or things. With three levels of difficulty you can show off your building skills, while theothers guess what you are creating. A great game for family and friends to test your imagination, creativity, building and guessing skills to the max.
Contents: • 1 buildable LEGO Dice • 1 LEGO minifigure • 1 LEGO microfigure • 338 LEGO pieces • 96 cards • 1 rule booklet
Age: From 7 years
RRP $69.99


If you are looking for an excellent long-term game investment I can really recommend this one. It will be getting a lot of use in our house... and it will last for a lot longer than the cupcakes!
Posted by Miriam at 7:00 AM

I nominated you for the Liebster Award. Check it out here: http://domesticatedworkingwoman.blogspot.com/2012/09/liebster-blog-award.html

Fun party! You can get those lego lollies here http://www.crazycandies.co.nz/products-page/kids-party-bags/candy-blocks/
I have ordered stuff from here before and they were really good.