So I may be exposing myself here a little but I think Come Sundown is the first novel I've read by Nora Roberts. I have heard of her, of course, but not read her. I came to this novel expecting it to be along a similar vein to other big name female authors whom I have read. I was surprised. 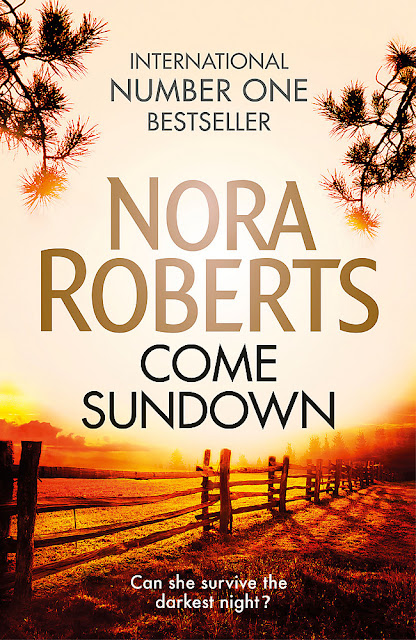 The novel is set in West Montana and revolves around ranch and resort owners the Bodine-Longbow family and especially manager/boss/ daughter/granddaughter Bodine Longbow.

The novel initially, after a shocking first chapter, was what I thought it would be in terms of 'chic lit' style. (I'm never sure what term I should use instead of that?!). However it quickly becomes much darker and much more of a 'thriller' in terms of style. The novel is not for the faint of heart - it features rape and domestic violence. By the end of the novel the threads of both stories have woven together and I spent a good part of the novel anticipating the worst for the central characters... I won't point out if I was right or wrong on that.

On the whole, this novel was probably too 'gritty' for me. I appreciate that Roberts has a massive following and I think she has cleverly woven the thriller and chic lit styles together in this novel which is an impressive undertaking. If you are a fan of both genre then this novel will really appeal.

Hitting the shelves in NZ at the end of May.