Bookish - One of Us is Lying

Lately I binge read, you know when you keep reading the book you started until you finish it at midnight?, One of Us is Lying by Karen McManus. 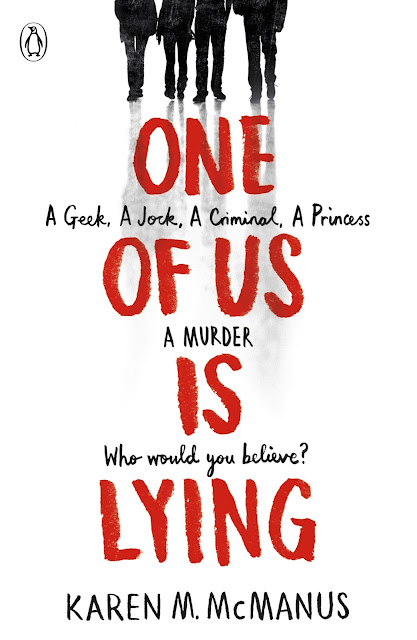 I really enjoyed reading this book it has some nice character and relationship developments and moves at such a pace that you keep reading 'just another chapter'. It's a YA novel and covers a lot of 'the' topics - drug use, parents, cheating, homosexuality, friendships, controlling relationships, being yourself...

Five students walk into a detention maintaining it was a set-up. One student dies and then it all unravels from there. Who did it and why and what will the leaked information do to all of them as the case builds?

Initially the characters appear as the typical American teen stereotypes but as the book unfolds they become more than who they appear to be. The book is told from 4 perspectives and transitions between each without unveiling the whodunit until the very end. There are clues along the way but you may or may not interpret them.

Mainly I enjoyed this because it was a mystery and as things became less and less clear cut the characters became more entwined and interesting.