Crime and Thriller - the darker side of reading

So I have kept up my reading pace, trains and less tv does help, and read a couple of darker stories. 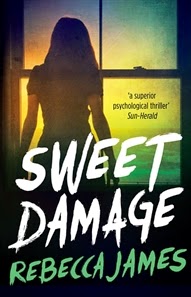 Last year I reviewed Cooper Bartholomew is Dead by the same author and I am equally impressed with this psychological thriller. Tim, surfer and restaurant worker, finally gets off his ex-girlfriend's couch when he scores and amazingly cheap room in a beautiful mansion near the beach and his work. His only flatmate, Anna, owns the house and has agoraphobia but he figures her shyness and withdrawness is manageable.

As the story unfolds so do the strange happenings in the house and as Anna's past comes to the forefront things start to get complicated. This book is one of those ones that draws you in and then when you start to think you've got things figured out it flips you on your head.

Pacey and engaging I read it fast because I was so drawn in to the story. If you like a thriller that doesn't involve guts and gore and you like feeling a bit breathless while you are reading then I think you will really enjoy this.  James is able to weave story lines that twist and turn and leave the reader working to keep up. * The book does contain several sex scenes and some swearing - I would probably recommend it for an older audience than the younger end of 15-18 suggested. 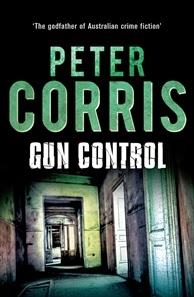 Gun Control marks the 40th Cliff Hardy crime fiction book that Corris has written - which in itself seems incredibly impressive to me. This book follows Hardy, a PI,  as he investigates a suicide to find out who put the gun into the young man's hands. What follows leads him along all sorts of tracks which seem to cross over and intertwine until justice and truth are finally realised. Hardy aligns himself and is forcibly aligned with an interesting group of characters from both sides of the law.

Politicians, gangs, police none are safe from his investigative eye.

This kind of crime fiction is an easy read, not too taxing it resolves in a good way and includes some well drawn characters. *There is some sex (mild) and a lot of swearing in the book.

it was my pleasure to receive these lovely books from Allen and Unwin - reviews entirely my own opinions, it is my policy not to review any book or product I would not happily recommend to others