It's Bounce and Flip here to tell you about some of the books we've been enjoying this summer (while Mum and Dad pack our house ready to move again - it's been pretty messy in here!). We made a great start on these reviews and then moving put everything on hold for a bit! 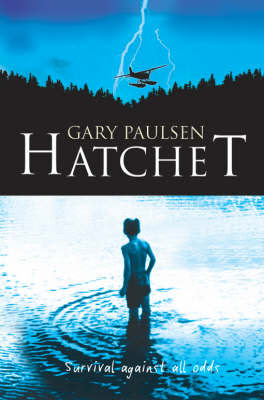 This is a book we bought for Dad for Christmas. He's been wanting to read it to us ever since we were born but Mum has been holding him off. The story is about Brian Robeson who ends up stranded in the forest - alone with no help except the hatchet at his belt.
Bounce says - It was good and he survived which is very, very lucky and I loved the book.
Flip says - I like that he managed to make stuff. I really liked how realistic it was especially the bit about the wolf. I think 7+ would enjoy reading this book.
Mama adds - This is a book I used to start the year reading to my year 7 students. It's an engaging and powerful read for children towards the end of primary school, our boys took a little bit of time to get into it but they really engaged once we started. * Contains - divorce and an affair (no details other than the son seeing his mother kiss a man in a car park that wasn't his dad). Paulsen also has a series of simpler adventure books to read as well as some follow-on novels from this one so if it's well received there are some good options to follow it.
Details - Macmillan November 2005 RRP $14.95

Diary of a Tennis Prodigy by Shamini Flint 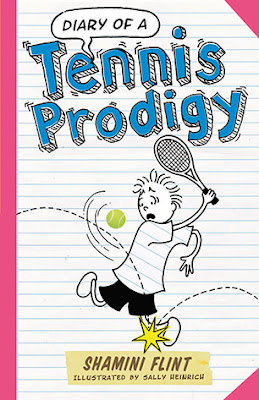 Another in the stories of the sport hating Marcus, whose father is determined to see him become a sporting star.
Flip says - I like that he finds a new sport in the end (hint: it isn't tennis!). When he was in stealth mode at the start I thought that was really funny and also when he got hurt with lots of tennis balls. The tennis ball machine fired them and he was supposed to hit them, but it didn't work. I really enjoy every one of this series so far and I hope there's lots more to come. This book could be enjoyed by 5+.
Mama adds - This book was pounced on and instantly consumed when it arrived. There was out loud laughing and repeat readings. Illustration rich while still appearing a novel these books are great reads for sport lovers, kids who enjoy humour and less confident readers.
Details - Allen & Unwin,  January 2016 RRP $9.99 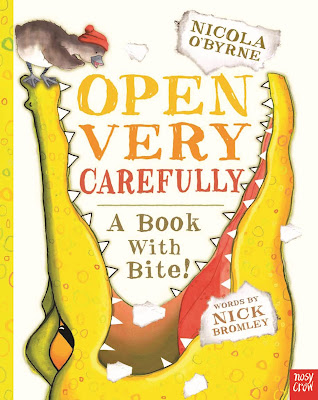 Here we are trying to read a nice little story about some little ducks when things go awry!
Bounce says - I liked the book when he tried to get out of the book but he couldn't and he just bumped into the book. Children who are 3+ will love this book. It was great.
Mama adds - This is a great book to read aloud to littlies. Lots of anticipation and a naughty croc with holes in the pages. I know this would be a firm favourite with the under 5s.
Details - Nosy Crow September 2015 RRP $ Board Book.

The Last Book Before Bedtime by Nicola O'Byrne 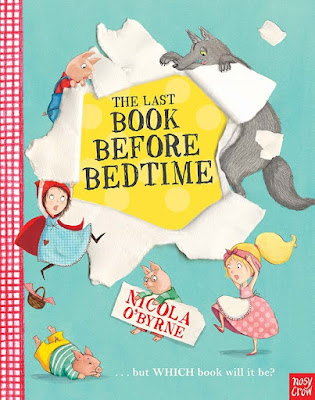 Right, it's the last book before bed and the three little pigs seem set to take out the billing until some other fairytale characters get involved - then things get a little crazy!
Bounce says - I love how all the characters got really naughty and they ripped the book - that was so naughty and funny. It was good how they worked together.
Mama adds - O'Byrne clearly has a real love of the classic tales and interacting through text with her audience. This story takes some of the especially well known stories and mashes them together giving personality to each character. Whose story will win? Will it be romantic, adventurous or scary?
Details - Nosy Crow, January 2016 RRP $27.99 HB

Lafcadio the Lion Who Shot Back by Shel Silverstein 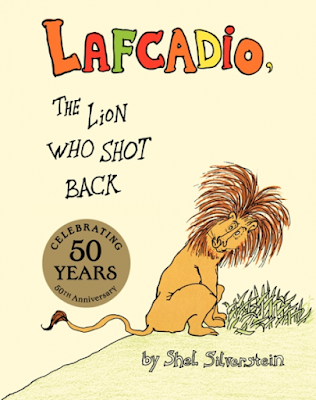 Bounce says - I liked that he liked marshmallows even though he had not seen a marshmallow before. I think the ending was good and sad. It was really funny when he wanted a marshmallow suit.
Flip says - I thought it was really funny when he wanted marshmallow everything and whenever someone said no he 'Grrrrr'd' at them and they said 'yes sir, of course'. It was also funny when he made the elevators go up and down heaps of times.
Mama adds - The beautiful book The Giving Tree was penned by the same author and he has a very distinctive way of drawing the reader into the book and including them in the story. The boys loved this book and we all had some lovely laughs along the way. It is not without a more poingnant underlying message of being true to who you are. A great read - I had to read it aloud in one reading because we kept wanting just a bit more!
First published in 1963 this new edition was released to celebrate 50 years.
Details - Faber Factory, Dec 2015 RRP $22.99 HB 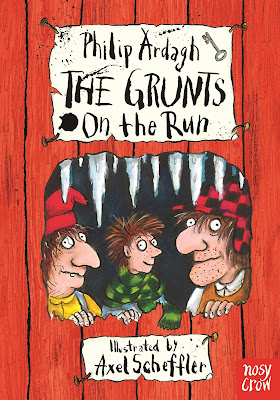 The boys really enjoyed this book. There are lots of 'near misses' and quirky characters for them to love. Definitely a book they could both read independently but we do love reading aloud at our place.  I had a lot of fun putting on the voices and enjoying the boys delight in the humour.
Details - Nosy Crow, October 2015 RRP $17.99

it's been a while

So how's it been gorgeous people? I've been thinking of y'all. :-) Just not blogging.

The wonderful Kimberley, who I suspect may be the sole reason that NZ post hasn't gone under, arranged an Easter swap and I got paired with lovely Glenda. (She doesn't have a blog)

This is what I sent her. Glenda told me she's not much of a chocolate lover so I held off on the chocolate and went more for the birds. 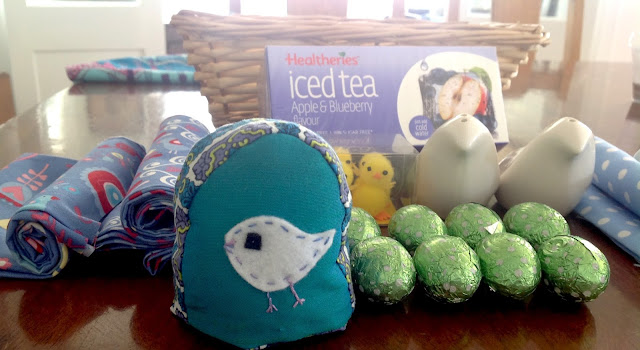 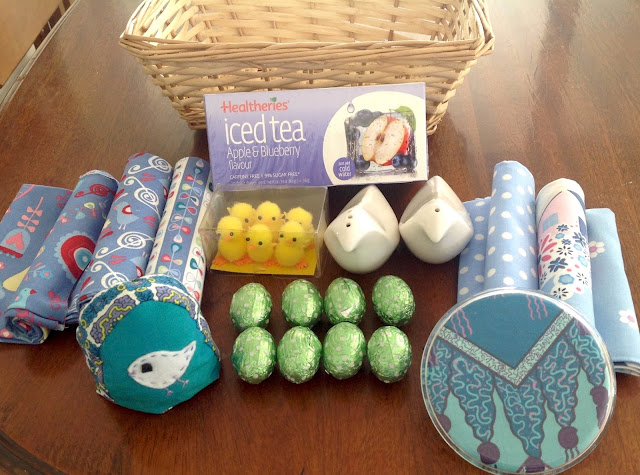 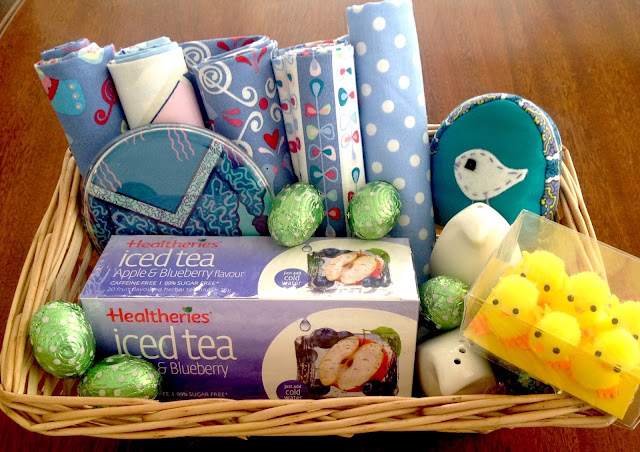 And here is the wonderful parcel I received from her, so many gorgeous treats to enjoy! 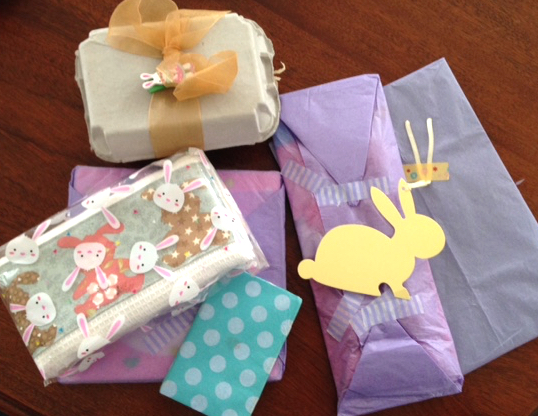 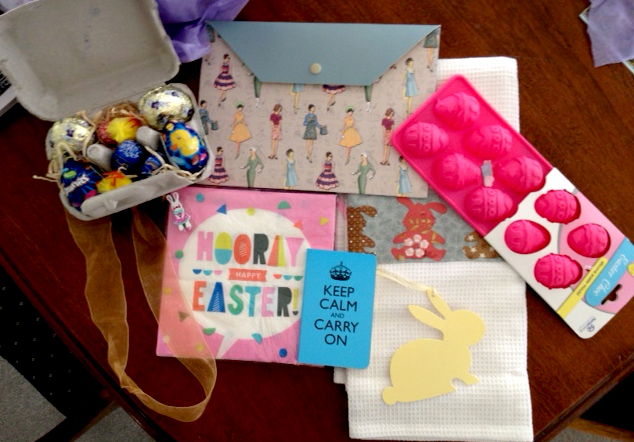 Swaps are a lot of fun to do because you have all the joy of putting treats together for another person and all the excitement of knowing an unknown parcel will arrive for you.