Over the summer I read Yvonne Battle-Felton's incredible book Remembered. 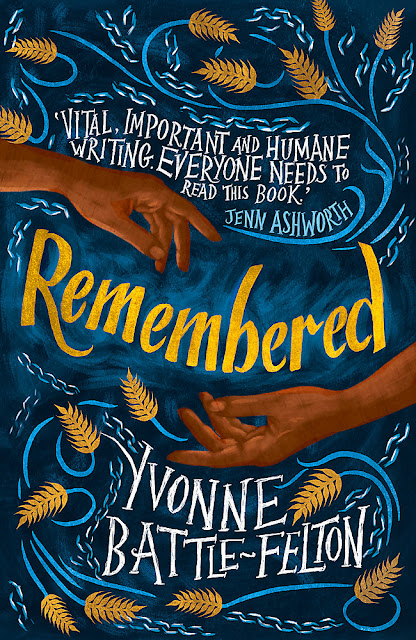 The book opens in 1910 in Philadelphia. Spring goes to visit her son Edward in the hospital in the coloured section of the hospital.

He is dying and her dead sister Tempe is on her case to let Edward know his story, his history.

Meanwhile outside the crowds rage did Edward have an agenda driving the streetcar through the crowd? What is really going on?

This was one of those books I didn't want to read. Revisiting the awful ways in which Black people in America were enslaved and treated is horrific. I am coming to realise though that hiding from past hurts and crimes perpetrated against people does not deal with the pain or redeem the past. It's part of the work of all people to see what happened, not the cleaned up or white-washed versions that we may have been presented or may not know at all. Being present to the realities of the world may challenge us to do our part to recognise, repent and to determine to play a part in changing narratives for people today.

Battle-Felton is an excellent writer. Her characters are nuanced and full. They are weak and strong and loveable and difficult.

This book arose from a series of questions that led her into her thesis in creative writing.

The action of the book moves from 1910 and backwards tracing the whakapapa (genealogy) of Edward and Spring and the harrowing and beautiful moments that led to them being in 1910 and the happenings of that fateful night.

Although it is devastating in places it is also beautiful. The relationships between the characters stand out as hopeful and wonderful against the terrible. Highly recommended.