Bookish - Two Can Keep A Secret

It has become apparent that I am using this space to document my reading more than anything else but that's okay... it's what it is at the moment and I love looking back and seeing how my reading life moves about.

Two Can Keep A Secret is the latest YA Crime/Murder novel on offer by Karen M McManus. 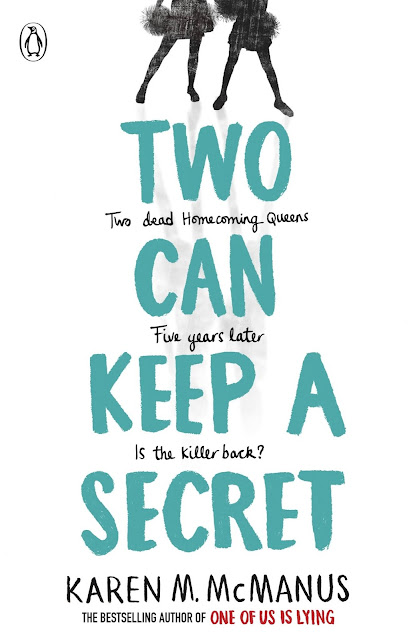 Ezra and Ellery have arrived in the 'blink and you miss it' town of Echo Ridge to live with their grandmother for a period of time while their mother fights her own battles.

Echo Ridge might be small but it's not without its demons. Two homecoming queens have disappeared - one murdered and now threats are appearing that it will happen again. Ellery, who's obsessed with playing detective can't help but get drawn into the drama. However, real life is not as simple as a TV drama and she's soon finding out there are secrets hidden everywhere in Echo Ridge.

Will her determination see her solve the mystery or will it land her in the sights of a potential murderer?

Like McManus' last offering I enjoyed this read. It has enough pace to draw you in and is told from the perspective of two characters. While there is some romance this is definitely a murder/crime novel and I really like that about it. The characters are fleshed out but the story isn't weighed down by teenage drama. There are some definite surprises in the story and some breadcrumb trails that might be worth following.

A great summer read for anyone who enjoys crime or YA fiction. I enjoyed it even more than her last offering which did very well being translated into 38 languages.