It's winter holiday time here and I've just returned from four beautiful days in the central South Island (Te Waipounamu) with the people I love best.

While away I read 3 and 3/4 books which feels like the measure of a good holiday!

One of these was The Emerald Sea by Richelle Mead. 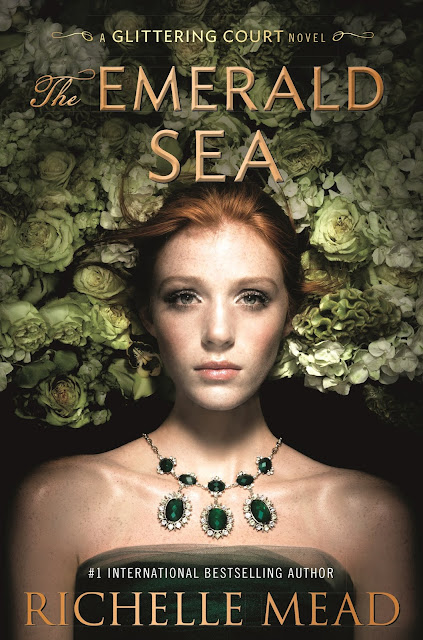 Mead is a very successful author with several series under her pen. This one is part of the 'Glittering Court' novels. It's the first title I've read by Mead and I'd been keen to read other things she has written.

The book covers Tamsin's quest to make it to the New World and secure the best husband meaning she, her family and her secret will be secure. At the Glittering Court school no one has worked harder than Tamsin to make sure she is at the top of her game. On the way to the New World disaster strikes though, and the plans that she and the other young women had are faced with the bleak realities of what might be.

No matter what difficulties lie ahead and what new cultural paradigms are thrown at her Tamsin's determination never wavers. Nothing, not even her own desires are allowed to get in her way. Will determination, destiny or desire win out in the end?

I really enjoyed this book. It's long enough to let the characters really develop and for there to be several interesting shifts in the narrative. The main character is strong and gets things done and there are a couple of other female characters that are the same. I appreciate that even in romantic moments the female characters don't abandon their personality in favour of simpering and eye-lash fluttering.