I was talking to another friend who has a 40th coming up and she was saying that one of her 40th year projects is 40 books in a year. Given my current book consumption levels I could be a goer for this too! 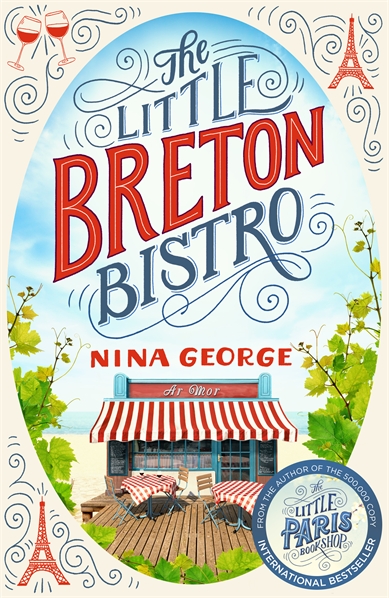 I started reading with my 'chic-lit' lens on for expectations. On the whole the book delivers well in this genre for me. When I want to escape into a book for pure pleasure - the same way one might watch a movie that doesn't demand much of them - then chic-lit is my go to.

The book follows Marianne as she escapes, or finds herself inadvertently escaping from her rather unloveable husband. To find her dwelling place and destiny in a tiny French village in Brittany.

If I have a frustration with this book it would be that the husbands character is a little one-dimensional for me. He doesn't have any redeeming features at all - I like reading books that have some subtleties that make characters a little more nuanced than wholly good or bad.

There are quite a lot of French phrases in the novel which would make it enjoyable for those who can speak French. I can't and it didn't stop me following the narrative but I did just jump over those parts.

There are some nice sub-plot lines that go on and a wide array of characters.  I also really liked that this wasn't a love story about 20 something singles who were desperate to find the 'one' and have babies. It's nice to have stories, especially love stories, written about women who are past the 'popular/desirable' age range and portray them as capable of love and desire and capable of attracting and being desired.

A good read for any one who likes the genre and wants to believe in happy endings for women on the wrong side of (list age here!). :-)