Bookish - See You In the Cosmos

I've just put down Jack Cheng's debut novel 'See You in the Cosmos'. The novel is aimed at the tween/teen age category but it's a great read and I think plenty of adults would find it really enjoyable too. 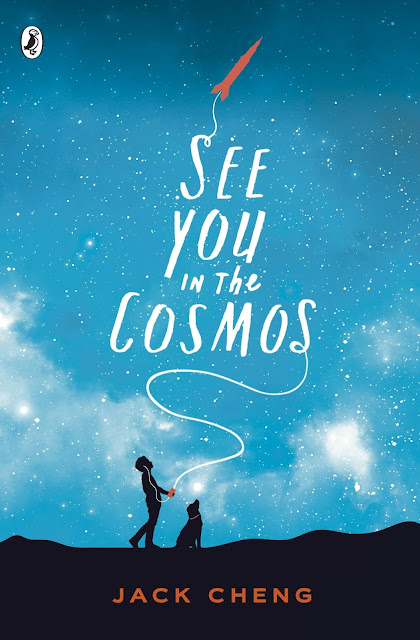 It's tempting to say the book is written in first person but it's actually a transcript for Alex Petroski's golden ipod that he's preparing to launch into the atmosphere for whatever intelligent life is out there. Alex is determined to capture life and sounds to launch with his rocket as part of SHARF (Southwest High Altitude Rocket Festival). However, as the novel unfolds it is the reader who is offered a unique perspective on the world. Gifts and wisdom from the mind of an 11 year old whose perspective is not just different because of who is innately is but, as with all of us, because of what is going on in his world, who he meets and what happens to him along the way.

As a teacher, this novel also challenges me on the children normalise whatever happens in their world front. As adults we have set perspectives on what the world ought to be like, how adults should behave and what levels of care are appropriate for children. Unless we are in the worlds of our young people we have no idea whether what they are experiencing comes anywhere near to what we think it is.

This book is also about community, accepting outsiders, doing what you can for others, embracing the unexpected and accepting that wisdom might come from unexpected places. It's also one of those lovely books where the protagonist is anything but cool but he has no anxiety about what cool is, trying to be cool, and it never seems to occur to him to be anything other than himself. It's a beautiful message delivered effortlessly integrated into the narrative without obviously saying it.

I think this would be a really good one to read and talk about with young people or even just as a read alone book to reflect on. Some of the themes and material covered wouldn't make it accessible for younger (primary aged) readers even though they may have the ability to read it. I look forward to reading more from Jack Cheng - a fabulous and unexpected debut.