I must confess I rather like a good murder mystery. I have been a watcher of Miss Marple and Midsomer Murders for some time. (I feel like such a grandma typing that sentence!) However, I haven't read murder mysteries before. I have picked up a couple of Agatha Christies at op-shops so there is hope.

This meant I came to Jessica Fellowes Bright Young Dead with a very open mind. 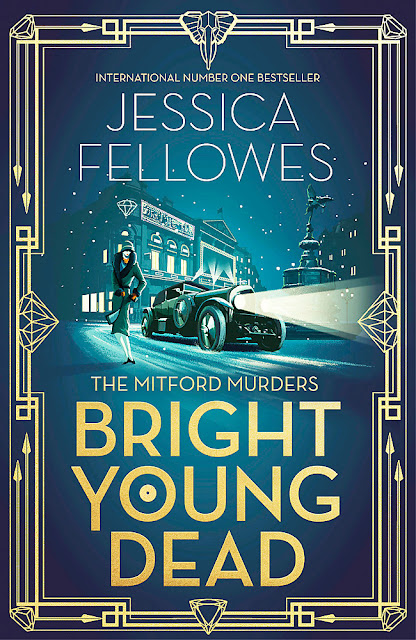 The book is set in the 1920s and focusses around the 'bright young things' as they emerge into and claim ownership of the glamorous new ways of their time. The upstairs/ downstairs roles are highlighted and Louisa Cannon the maid and often-chaperone finds these worlds are both colliding and pulling her to make a choice between dutiful maid and a woman who cannot accept the murderer is really guilty.

Alongside the drama that unfolds with the murder of a dinner party guest is the infamous Alice Diamond and her forty thieves - all women and the police's attempts to trap the queen of the ring. Dancing, jazz music, secrets, lies and threats all lie in the way of unravelling the mystery.

A real whodunnit and not an obvious answer - surprises right to the end. I also enjoyed the insights into the lives of women in this era. Longing for independence and emancipation but very much reliant on others giving them the benefit of the doubt and opportunity to prove themselves.

Nice to curl up and read with chocolate and a cup of tea and some jazz playing somewhere in the background.