Intrigued by the post title? I've recently finished reading three extremely different books - even though two are by the same author!

Laugh Out Loud by James Patterson and Chris Grabenstein (author and illustrator). 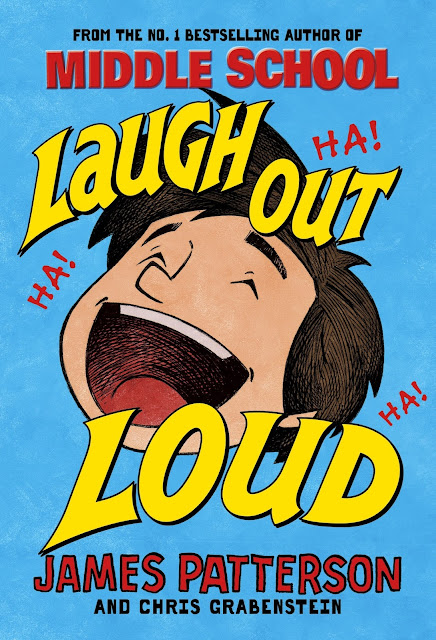 This book is aimed at a late primary audience and follows Jimmy and his dream to be an author, publishers, bookshop owner. He is only a 'kid' and he faces many obstacles along the way which he conquers with ingenuity and support from likely and unlikely friends. It is an easy read with short chapters and supporting illustrations. The book also highlights a heap of great reads for kids by weaving them into the narrative. I wasn't sucked in to the book but it has fun, good themes and a readability that I think would appeal to many readers who need an easier in to chapter books.

Themes: perseverance, developing friendships who support you, following your dream no matter what, + having fun and heaps of book recommendations along the way. 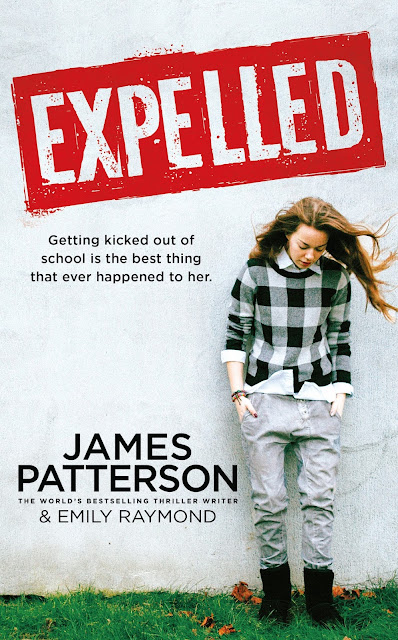 It's hard to believe that the same author of the previous book also (co) wrote this title. This is definitely a teen read and has a lot of the themes that sit it firmly in this genre. It follows the unfolding lives of Theo, Jude, Sasha and Parker. All expelled just before the end of junior high. Three of them maintain they were framed, and have no other options. One of them goes off to private school even though he's actually guilty. Theo won't let the injustice of it rest. He's determined to discover who framed them and why. As his dogged determination moves them forward inch by inch what will they discover? How will their lives intersect and cross over and will they actually find the culprit? If they do, will anything change? This book dives head first into some very weighty topics but the narrative doesn't tend to feel weighted down by them. Easy to read, the narrative moves at a good pace.

Things a Bright Girl Can Do by Sally Nicholls 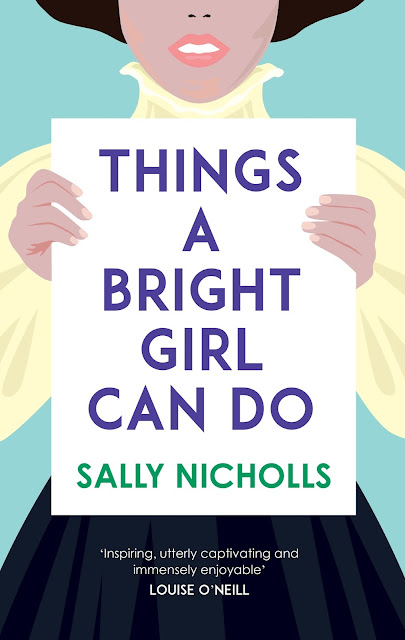 The women's suffrage movement in the UK and 3 young women from very different walks of life find themselves on the wave. Evelyn rich, clever and assigned a life of marriage and babies even though she wants to study. May Quaker, sapphist, pacifist, suffragist but not necessarily suffragette, determined to see justice without violence. Nell who is poor, dresses like a boy by choice, isn't afraid of violence and fighting for a cause. Which of them has the most to lose and who is likely to be prepared to give the most to the cause? Following the history and stories of the women's suffrage movement and the second world war the author has used history to present a fictionalised account of the fight for votes. The story is told from three perspectives and covers the period of 1914-18. I especially appreciated the witty interchanges between the women campaigning on the streets and their hecklers. Also gave me insight into the British voting system.

There are so many themes explored in novels for younger people these days. While on the whole I think this is good I also wonder sometimes about how much less we explore the things our children are reading and what they are thinking about than we do when they are less independent readers. I hope that high-school English classes are encouraging reading and discussion and that families continue to talk about and share the big themes that can be explored in writing, art and various artistic ways in very meaningful ways.